I want to tell you a story.

But first, you should know about the authors heart from which this story unfolds. This author has great insight, never oversight, with intimate attention to detail. His writings are full of truth that hold all things together. He holds deep wisdom and plans the events of his characters carefully. The plots of his stories are often filled with drama, chaos and sometimes pain. But there is always an overarching theme of redemptive love. This authors name is Almighty Father!

“He is father to the fatherless, defender of widows, and he places the lonely in families.” Psalm 68:5-6.

Families are important to God. In the Old Testament, the family was held together around the central dominant figure of the father, and God carefully protected the family lineage of David from which Jesus was born. In the New Testament, the importance of blood-line lineage shifted focus from an earthly lineage to lineage from God.

In Matthew 23:9, Jesus said, “call no man your father upon the earth; for one is your Father, which is in heaven.”

Even in the beginning, a familial relationship existed between Father and Son. While we all have an earthly father, we also have a Heavenly Father who loves us unconditionally. This was His beautiful plan. He created us with the intentional design for us to become adopted us into His family.  God has a heart for adoption both is His adoption of us into His family, and in His commands to us to

“care for the world’s most vulnerable – the oppressed, the orphaned, the widowed.” Isaiah 1:17.

November is Adoption Awareness Month. According to UNICEF, there are 153 million orphaned children. Here is God’s redemptive story over one of these children who is no longer an orphan.

At one month of age, she was abandoned and left alone at a police station in Shenzhen, China. She was taken to an orphanage where she lived for the next five years without a father or a mother. Here, she learned to fight for herself in an environment filled with neglect. During this time on the other side of the world, God was orchestrating the details for our family to adopt her and bring her home, to erase “orphan” from her name and give her a father, a mother and a sister. Her story is both beautiful and heart brea On February 22, 2010, a scared five-year-old orphaned girl’s life was changed forever. She left the life, language and culture that she knew and everything in her day-to-day life was suddenly radically different. Different food, different sleeping arrangements, different language, different climate, different people, different family.  But the one thing that did not change was that God had His eye on her. And He had a marvelous plan for her. When she was born, she was a daughter to her earthly biological father.

Five years later, she became a daughter for the second time to her adoptive father. And on her baptism day in March 2017, she became a daughter for the third time as a daughter to Jesus Christ. Only God can write a story like this, for it was His plan from beginning to end. Only He can turn ashes into beauty. God has knitted our family together. He has transformed struggles into strength. And He receives all the glory. This young lady, now 14 years old, desires to be a missionary when she is older. God is using a young lady, who is intimately familiar with abandonment, to minister to others about a God who will never leave them nor forsake them. God is Father to us all!

Maybe God is calling you to pursue adoption to build your family.
Maybe God has blessed you with adoptive parents.
Maybe God is asking you to join His family through baptism.
Would you pray for the spirit of adoption to move through you and for the wisdom on how to apply it in your life?

“For you did not receive the spirit of bondage again to fear, but you received the Spirit of adoption by whom we cry out, “Abba, Father.”  Romans 8:15.

May you proclaim your sons and daughters of God through faith in Jesus Christ. 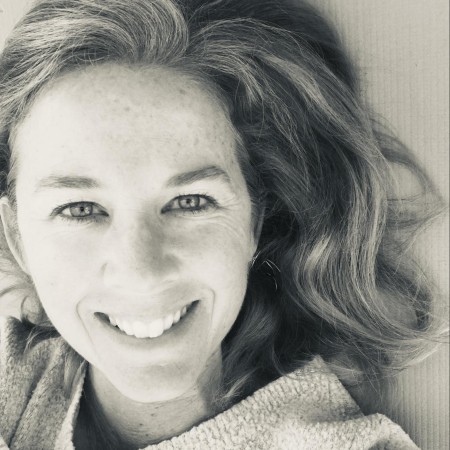 Heather Austin lives in Boerne, TX with her husband and two daughters. She is a Holy Yoga instructor, a free-lance writer and loves to watch a good rodeo.