Women have a pelvic floor that is responsible for many functions including the ability to stand upright and the ability to carry the female reproductive organs. Within the pelvic floor exists what is called the inlet and the outlet. In pregnancy, these terms would mean more to a woman than out of pregnancy. The inlet is formed by the brim of the whole pelvis and is where a baby would first pass through into the birth canal. The outlet is the lower portion of the pelvic bones and sacrum, where a baby would move through the cervix and the vaginal walls to be born.

The average diameters for inlet are approximately 13cm x 12cm, whereas the outlet dimensions are approximately 11cm x 12.5cm, showing us that the inlet to the pelvic floor is wider than the outlet. The inlet is where a baby’s head enters the pelvis, the outlet is where it exits the pelvis. Hence the reason babies have cardinal movements to align their shoulders and flexed heads to pass through the diameters available at different stages of labor.

To open the inlet or pelvic brim as a baby enters, women can engage in certain yoga or stretching positions that facilitate easier decent. To do this, look at poses that create external rotation of the femur, widen the distance between the knees, or create a tilt by tucking the pelvis slightly. In early stages of labor, women might want to sit with a wide distance between the knees on a rocking chair or while holding on to something stable, like a chair or bed frame. You also might see women who prefer sitting on a birth ball, where they may benefit from doing figure eights with their hips while keeping their knees wide and evenly aligned with their hips. Another helpful technique is to engage in a parallel squat in earlier labor during a contraction, which takes some pressure off the inlet as the baby descends. Not all squats are helpful, though. Lisa Marie Morgan, a birth doula from Dancing for Birth explains, “Keep those feet parallel and your pelvis above your hips for a correct squat and a safer, more comfortable birth.” Ina May Gaskins has said, “Squat 300 times a day and you will give birth faster.” Remember to tuck and keep feet parallel.

As a baby continues its journey during labor, turning to achieve optimal positioning, he or she descends into the outlet. Internal rotation of the mother’s knees allows the side-to-side outlet diameter to open. Again, the baby is making internal rations and aligning differently from the inlet to the outlet to allow for the most room for decent. Examples of internal rotation of the knees would be allowing the knees to be closer together but rotation is internal.

Imagine a laboring woman bearing down and squatting while pressing her hips toward the floor. In early labor, wide knees are appropriate for sinking down during a contraction, but when a woman is in the pushing or transition stages of labor, not having the knees as wide would open the outlet.

Another example is a laboring mother laying on her left side while her right leg is being held up. During early labor, the knees and hips should be opened wide. But in later stages of labor, including pushing, the leg should only be held up enough to be parallel to the other leg.

Enhancing the functions of the pelvis inlet and outlet during different times of labor can potentially help lead to a shorter labor, less pushing, less risk of tearing the perineum, less pain and tension, and optimal space for the baby to perform the cardinal movements that physiology and anatomy require for birth.

Freedom of movement is paramount for optimal fetal positioning and decent of the baby through the pelvic floor. It is always ideal if you practice these (and other) yoga poses before birth; prepping your body by the practice before labor begins.

So, what are some poses that would be great for the baby entering the inlet, and what poses would benefit laboring women in the transition through pushing stages?

Yoga poses for opening the inlet during transition and labor:

I am a Certified Professional Midwife, who has been tending to women in childbirth for 20 years. I get to see firsthand women in active labor through postpartum (as well as antepartum/prenatal) and can attest to the fabulous ways yoga can strengthen, encourage and assist moms birthing their babies.

I once saw a mom doing yoga poses in labor because the movement felt good and helped ease her discomfort of the contractions. She was birthing in my cottage many years ago. At one point she went to the kitchen, got in her transition and pushing stage and ended up needing to push right there in the middle of the kitchen. I quickly grabbed my yoga mat (that was against the wall because our birth team had done yoga earlier that morning) and the baby was born on the yoga mat. It was quite fitting. The mom happened to be a yoga instructor, she practiced yoga in birth, and she birthed the baby on a yoga mat. We gave the little man the yoga mat as a birthday gift. 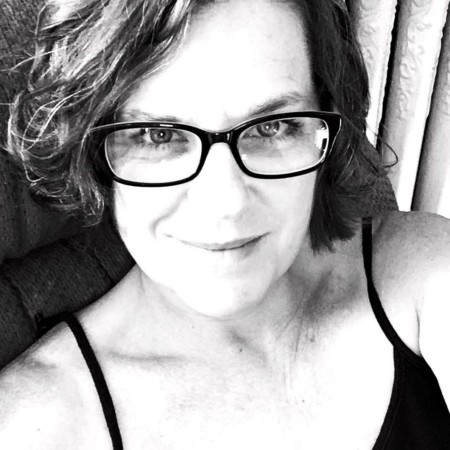 Doran received her first Holy Yoga certification in May 2015. She also has certifications in C-HYI 200 (formerly 225), C-HYI 500, C-HYI Pre/Postnatal, C-HYI Trauma-Sensitive, C-HYI Leadership, C-HYI Touch, C-Yin 1, C-Yin 2. She has been a Certified Professional Midwife, licensed under the Board of Medicine, serving women and families in the Shenandoah Valley of Virginia since 2011 and as a birth worker since 2000. She is the founder and owner of Blessing God's Way, LLC which is a ministry for women of all ages. Her passion and calling is to minister to women, build community, and spread the gospel through resources that educate, inspire and celebrate God's design.